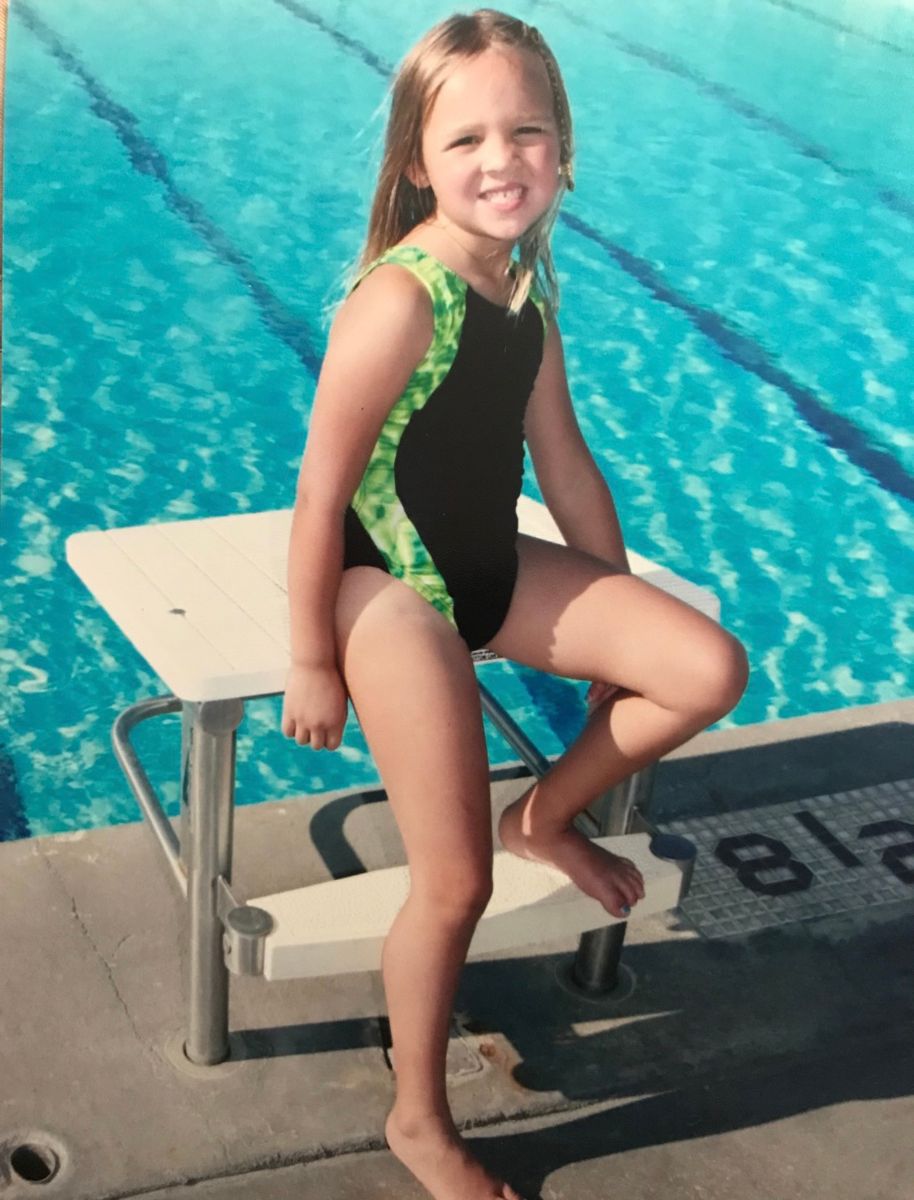 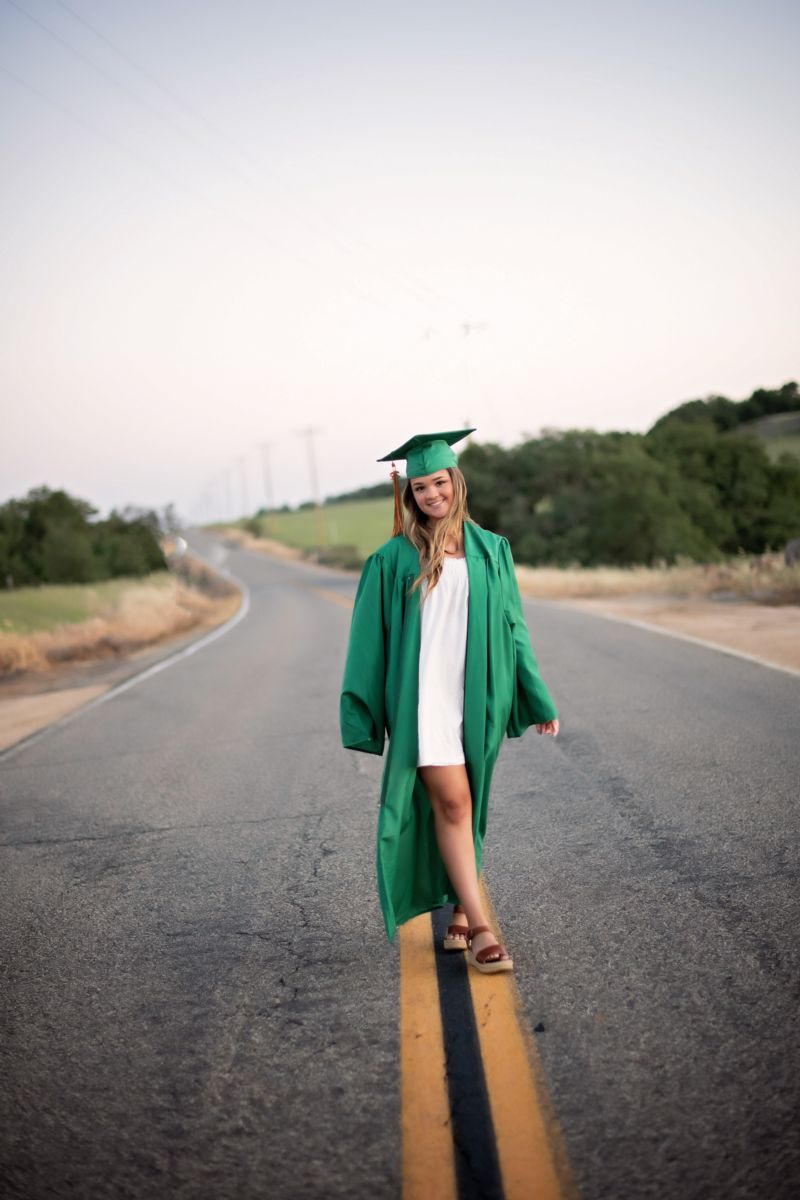 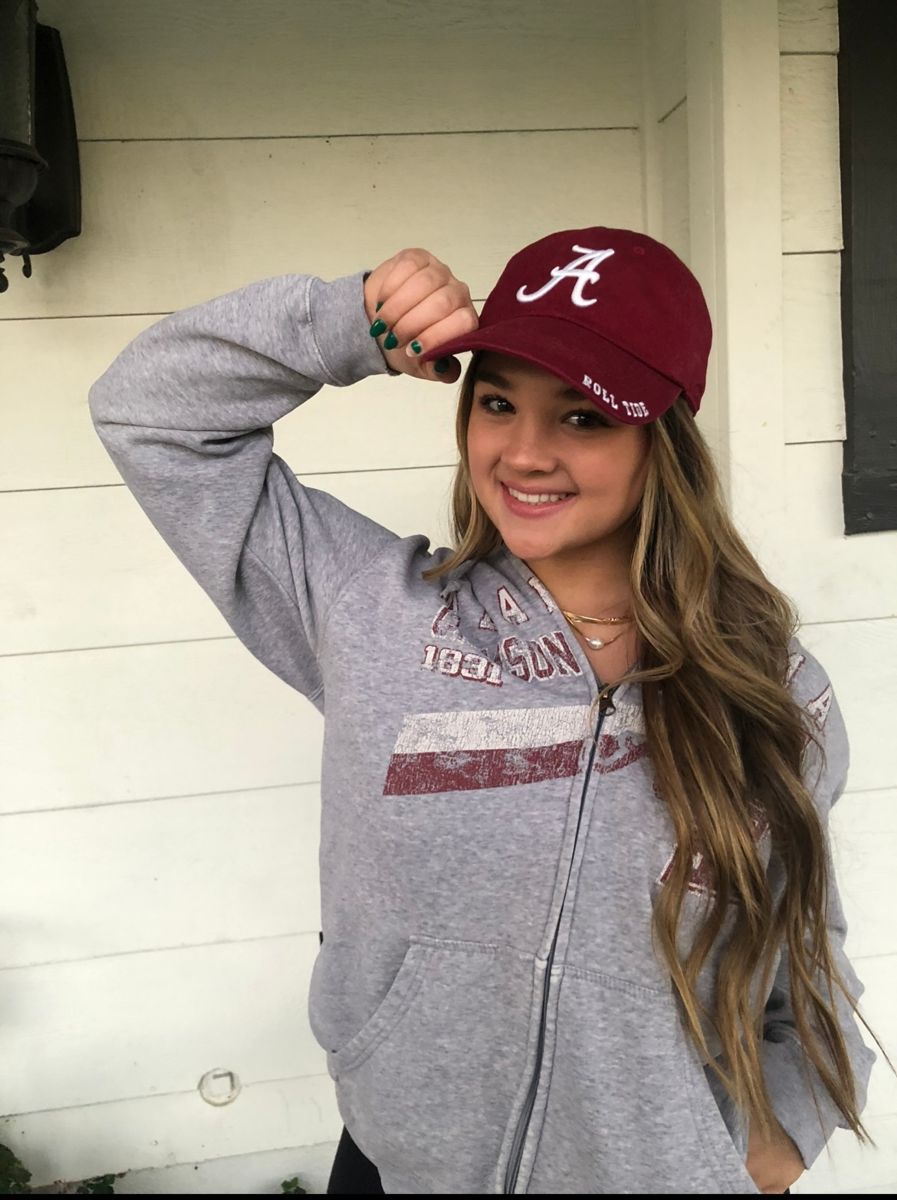 Brooke Carter - Victoria Club
I have been swimming at Victoria since I was six years old!  The great memories I have swimming there every summer is where I made most of my childhood memories.  Getting to be a swim coach has been one of the biggest blessings in the world.  Spending the summer with these incredible kids and forming memories with them is something I will never forget.  It will be hard to imagine a summer without being on the pool deck at Victoria every day but I can't wait to see where these incredible kids take the team.  I will be graduating from Riverside Poly high school and continuing my education at the University of Alabama in the fall majoring in Biology to go onto the pre-med track.  I couldn't thank this team enough for all the love and fun memories it has given me.  This will be the best last season ever!  GO VICTORIA! 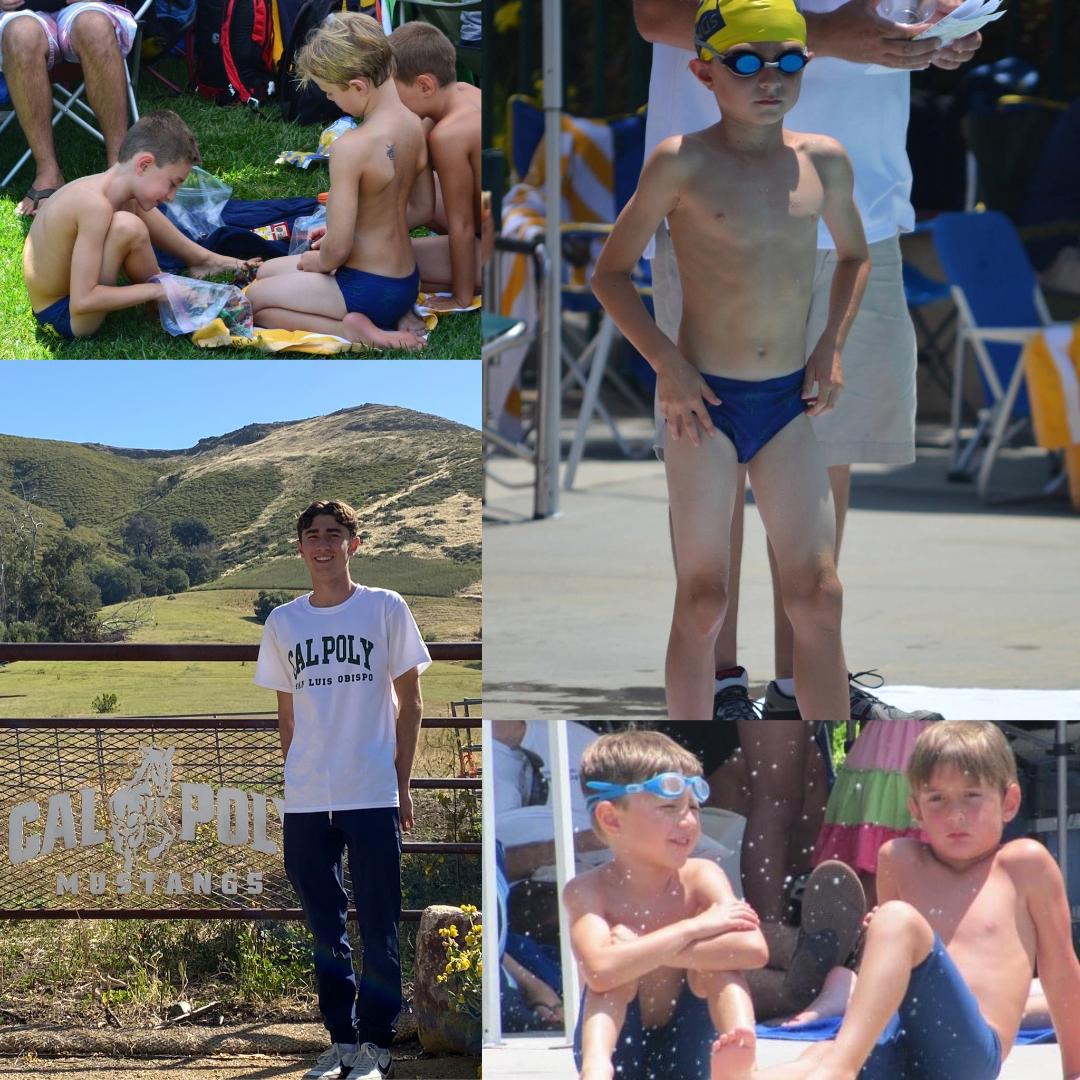 Mark Ybarra - Victoria Club
I have been swimming at the Victoria Club since I was four years old. I am grateful for the memories and friendships I have established through the years. My favorite memories have been cheering for my teammates, Fun Fridays, getting lunch at the 10th tee, as well as being tossed around in the pool by the older coaches when I was younger. I have been able to live out one of my life long dreams these past two years working as a coach and giving back to our club. I will be graduating from Riverside Poly High School where I was a member of the varsity swim team for two years prior to turning my sole focus on running. I was a varsity cross country runner for four years and track for two; finishing up as Captain for both teams. I also served as member of ASB for four years, where I contribute much of my leadership to all that I have learned on the pool deck. In the fall, I will be attending Cal Poly San Luis Obispo, and will be majoring in psychology. Thank you to everyone who has contributed to my VC journey, GO VIKINGS! 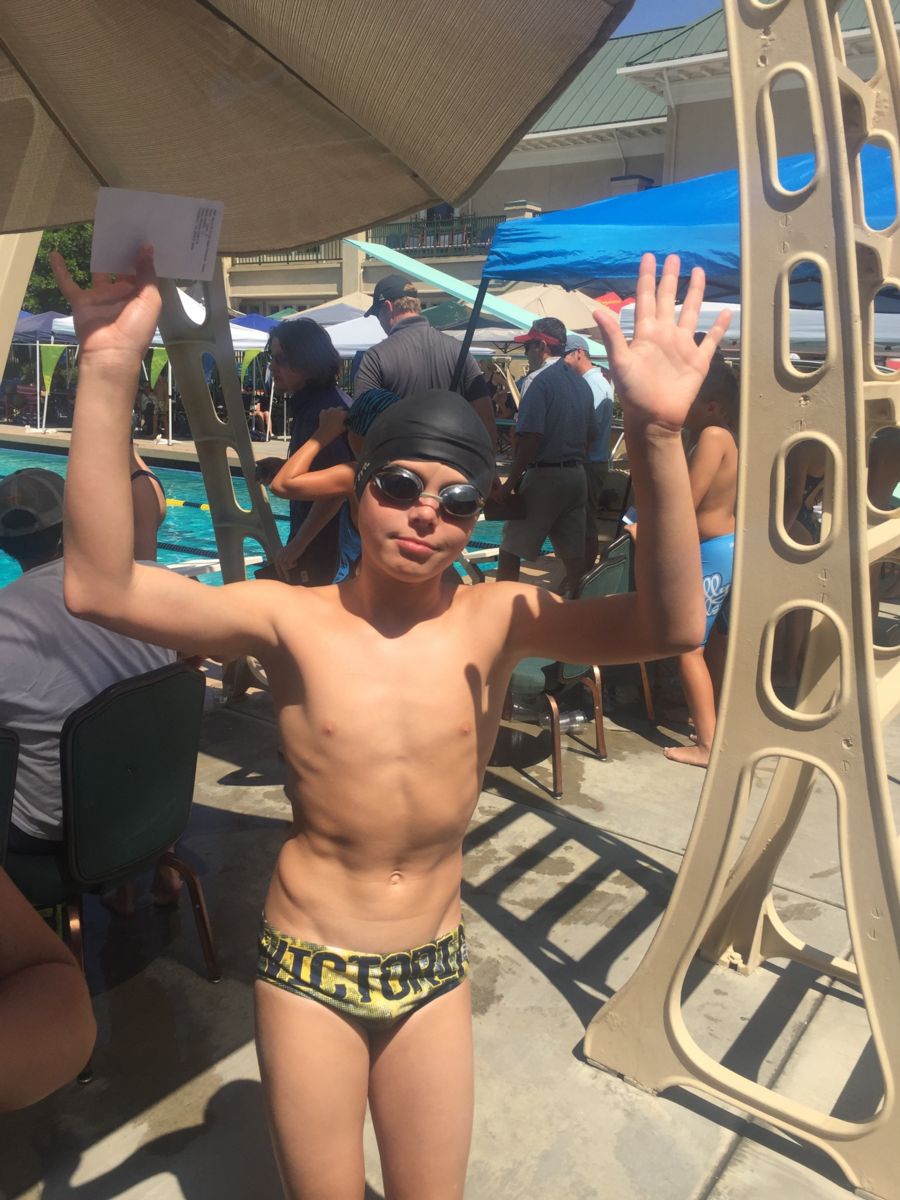 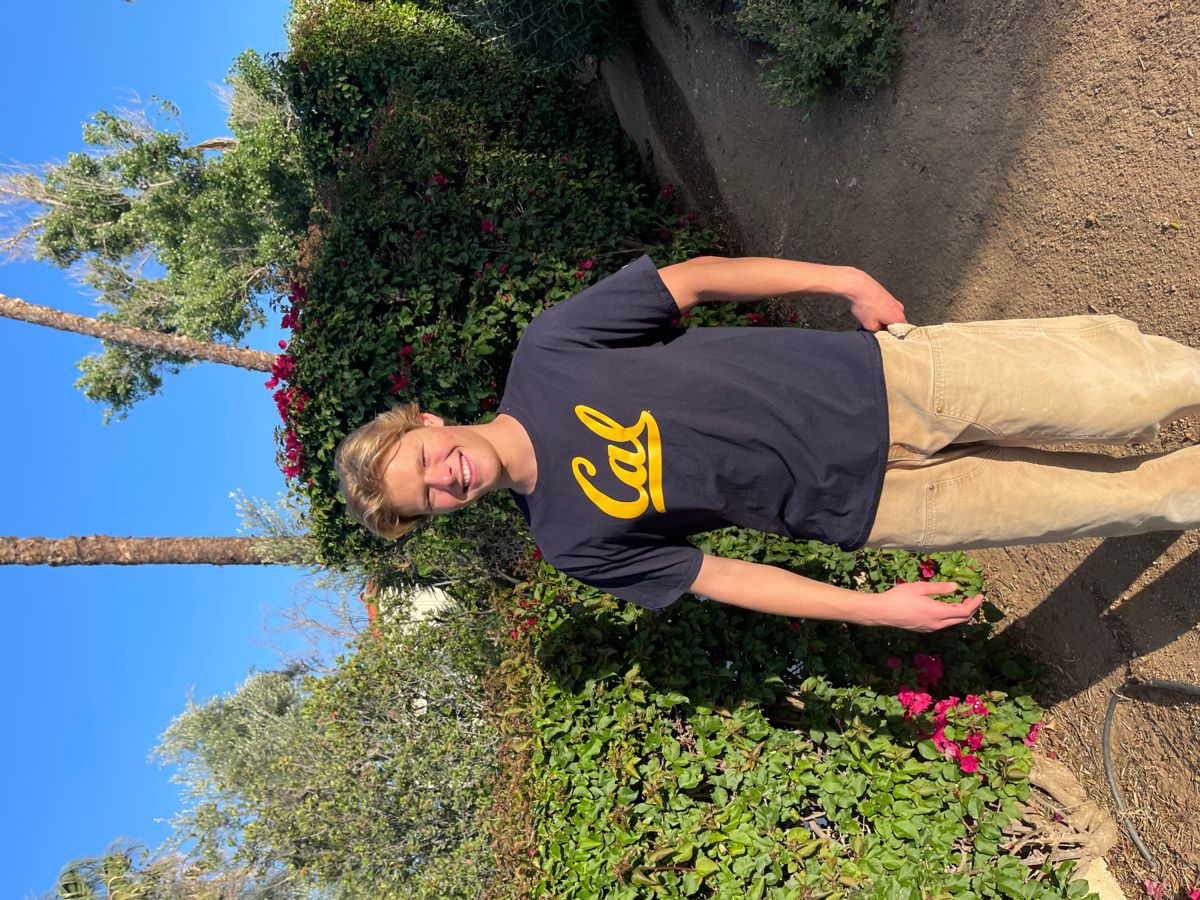 Griffin Hord - Victoria Club
I have been swimming at Victoria Club since I was 3 years old. My favorite memories and experiences have been trading legos, hitting the tenth tee for lunch after every practice, Fun Fridays, and painting our toenails at every finals. Now I get to coach this amazing team and help create experiences that shaped my childhood. I am graduating from Riverside Poly High School where I was involved in clubs such as National Honor Society and Bear Pals. I also played waterpolo and swam all 4 years, and was captain of both my senior year. I will be attending Cal Berkeley in the fall as a Molecular and Cell Biology major. ICKY LA BOOMBA!! 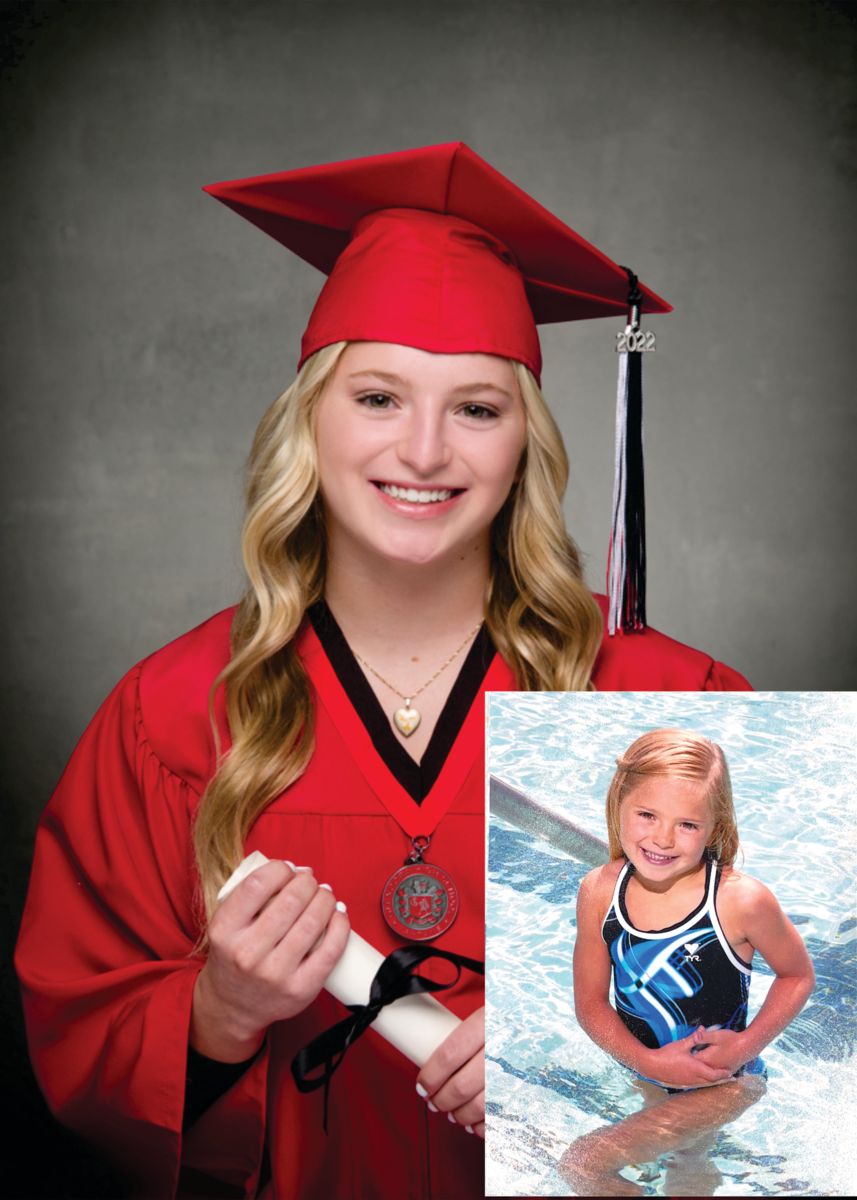 Faith Ehmke - Glendora
I have been swimming and diving at the Glendora Country Club since I was four years old! I am so thankful for the memories I have of finals, talent shows, Fun Fridays, banquets, beach days, carbo nights and, of course, frequent snack-bar visits. I now spend my summers coaching my little gators alongside some of my favorite people and I could not be more thankful for the opportunity to be a part of such an amazing program. I graduated from Glendora High School where I served on ASB for four years and as ASB executive president my senior year. As well, thanks to my diving background at the Glendora Country Club, I was a varsity diver all four years and a captain for three. In the fall, I will be attending Grand Canyon University in Arizona, and I will be majoring in computer science. GO GATORS! 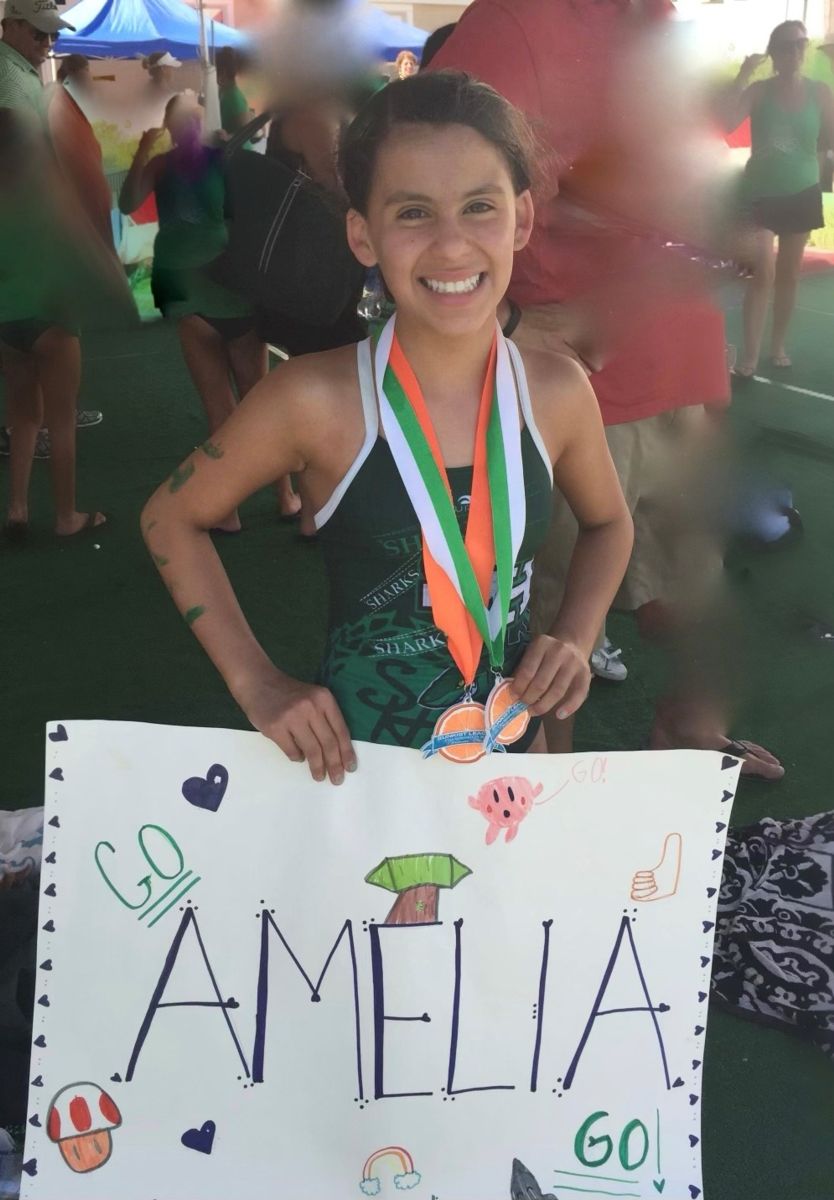 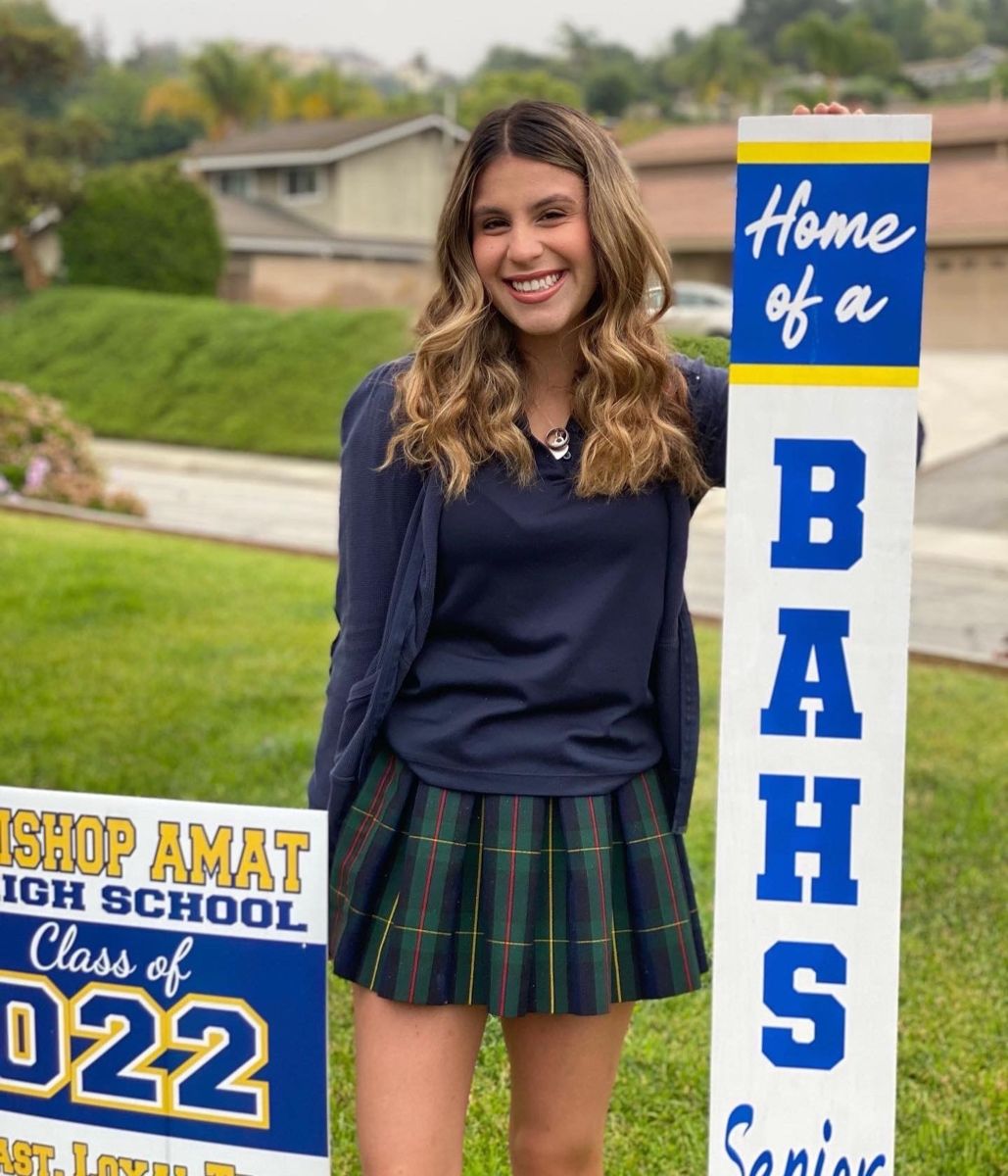 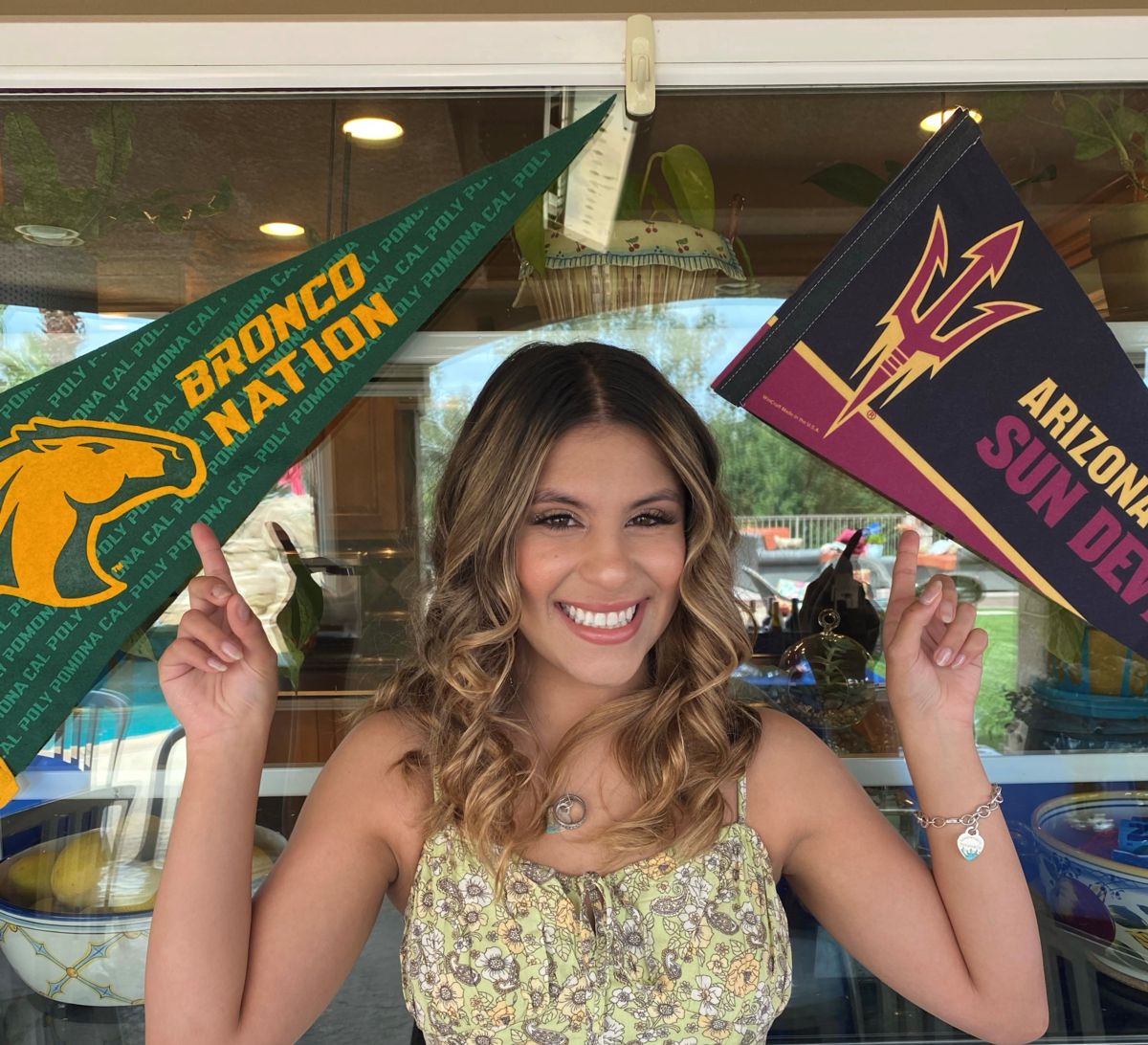 Amelia Pedevillano - South Hills
I can’t believe my final season at South Hills Swim has arrived! Swim has been such a fun part of my life that began at South Hills Country Club with the summer swim team. I remember my very first swim meet, and how nervous I was. But I ended up getting a first place ribbon for backstroke, and knew that I had found my sport! Sometimes swim practice was hard, but every swimmer knows that feeling of accomplishment when a challenging practice is finished. Because I enjoyed my time during summer swim, I didn’t want it to end, and I began swimming year round for the TCC club team. All of this practice prepared me well, and when I finally started high school, I made the Bishop Amat Varsity team my freshman year. During my first high school swim meet, I had three 1st place swims, one 2nd, and a CIF consideration time. We were league champs, and I personally earned 4 medals. I don’t know what my time in high school would have been like, had I not been a part of the swim team. Through it all, I never stopped returning to South Hills for summer swim. At first it was to continue practicing, but eventually it was to have fun and cheer on all of my “little sisters.” My favorite swim memories are cheering for my teammates, mentoring the younger swimmers, earning time cuts, and Fun Fridays. In the fall, I will be attending Arizona State University Online as a Health Sciences major, and also taking classes in person at Cal Poly Pomona. Eventually I would like to have a career in nursing. I can’t believe this is my last season, but I’ll be back to cheer for The Sharks next year! 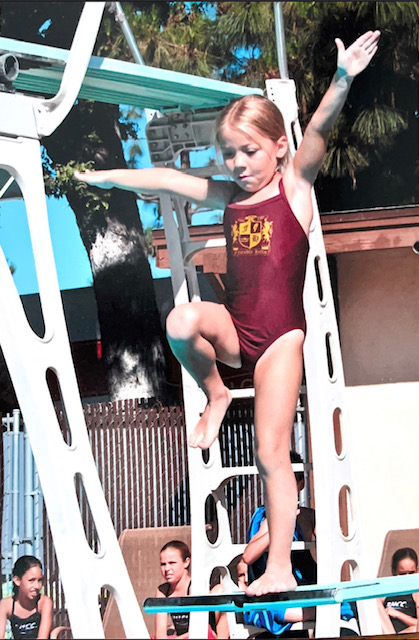 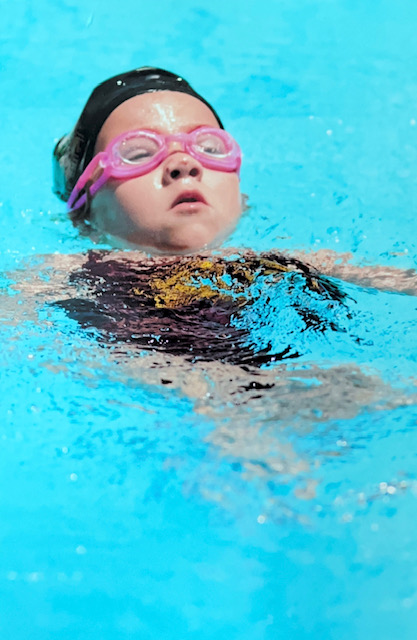 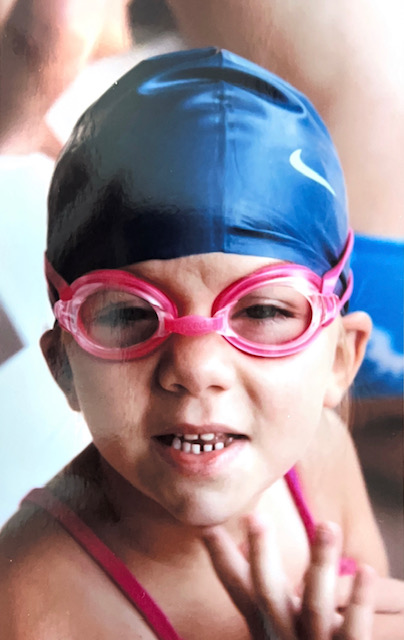 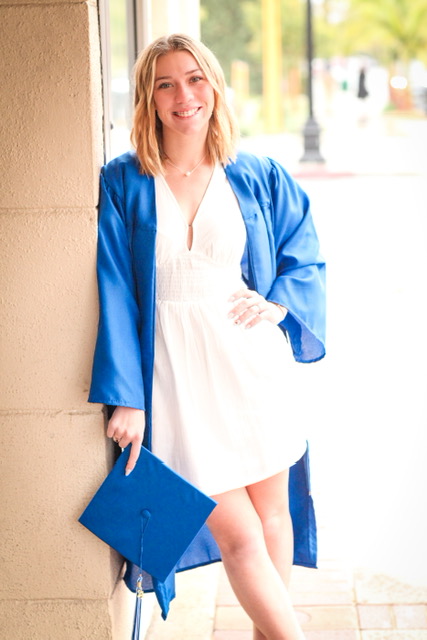 Tess Carty - Friendly Hills
I have been swimming at Friendly Hills Country Club since I was five years old. I have enjoyed every single summer swimming for Friendly Hills with my friends, but my favorite memories have been made more recently, seeing my little 5 and 6 year olds cheer for me at the end of my lane during my races! Friendly Hills taught me my love for swimming, and helped in my decision to become a club swimmer, and continue swimming in high school. I am now in my second year of coaching at FHCC, and having a blast working with my awesome mighty mites and 6&Unders. I just recently graduated from La Habra High School, and will be attending UC Santa Barbara in the fall! I will be majoring in Education in hopes to be an elementary school teacher in the future! Thank you to my family, friends, coaches, and swimmers for motivating me to be a great swimmer and coach! 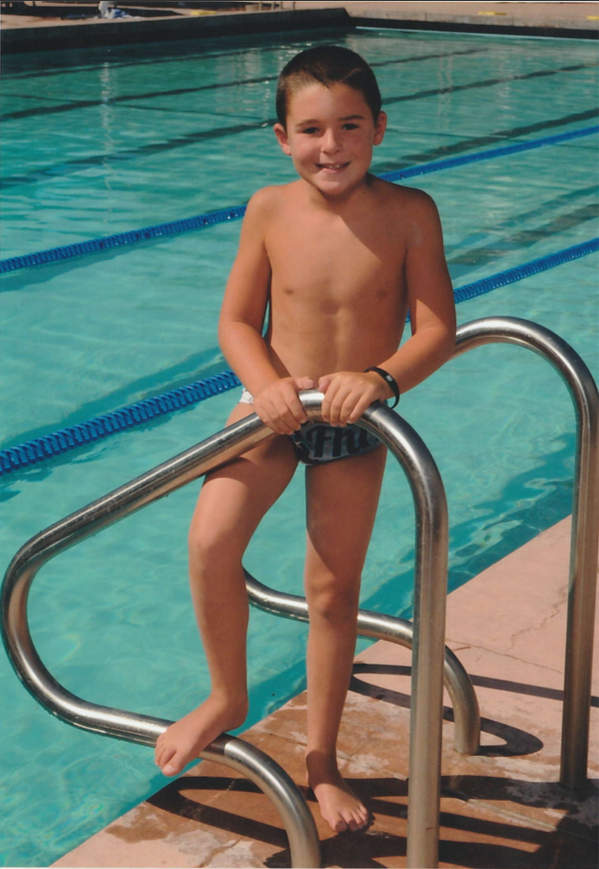 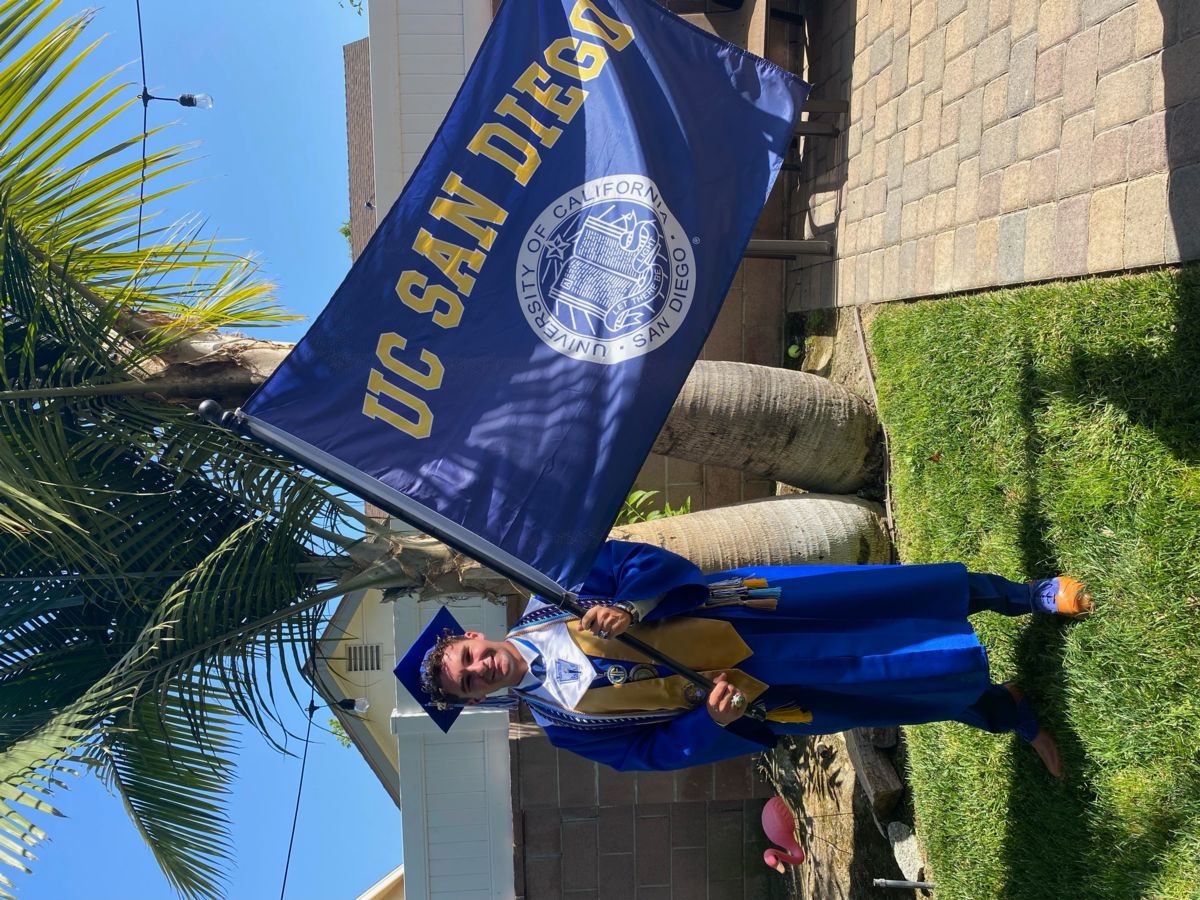 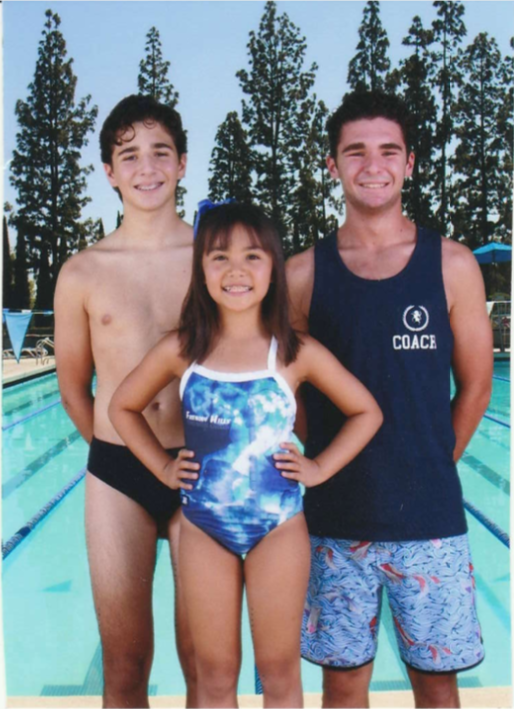 Tyler Porter - Friendly Hills
have been swimming and diving at Friendly Hills since I was 4 years old, coaching diving these past two years, and this year marks my family’s 40th year involved in the program (my mom was on the team when she was 4, she coached, her siblings swam and coached).  I cannot put into words the growth that being a Unicorn has allowed me to undergo, firstly as an athlete, but more importantly as a person.  My favorite memories as a Unicorn include playing sharks and minnows on Fun Fridays, eating gummy worms off the bottom of the diving well, getting Famous Amos cookies after practice thinking my grandparents member number gave me them for free, and pushing coaches in after we won our meets.  This past year I graduated from La Habra High School with highest honors, where I was a 4 year letter and two year captain in soccer, captain of the tennis team, a varsity track runner, president of the National Honor Society, a member of Key Club, Link Crew, School Site Council, Model United Nations, and I was selected as Athlete of the the Year.  Additionally, I volunteered at my temple, and captained my highly competitive club soccer team.  I will be missing finals this year as I will be in Israel fighting to win gold with the Maccabi USA U18 soccer team (Team USA at the Jewish Olympics).  I would be remiss in not crediting Friendly Hills for instilling in me leadership, hard work, and a sense of fun, three traits I pride myself on in both athletics and life.  In the fall I will be studying political science at the University of California, San Diego and hopefully attending law school after that.  A special thanks to my parents, David, and my fellow seniors for having such a profound impact on my life.  Go Unicorns!


Austin Abell - Friendly Hills
I have been swimming at Friendly Hills since I was 11. My favorite memories as a part of the swim team have been playing board games during 100 degree final meets, fun Fridays, and tennis ball dodge ball. This year I am a coach where I am constantly attempting to instill and carry on the Friendly Hills culture that I have loved growing up with. I just graduated from La Habra High School where I was a member of ASB, NHS, top 25, varsity golf, and varsity baseball. My team won the CIF regional and State Championship my Junior season. I will be attending San Diego State University in the fall and will be majoring in Business Finance. GO UNICORNS! 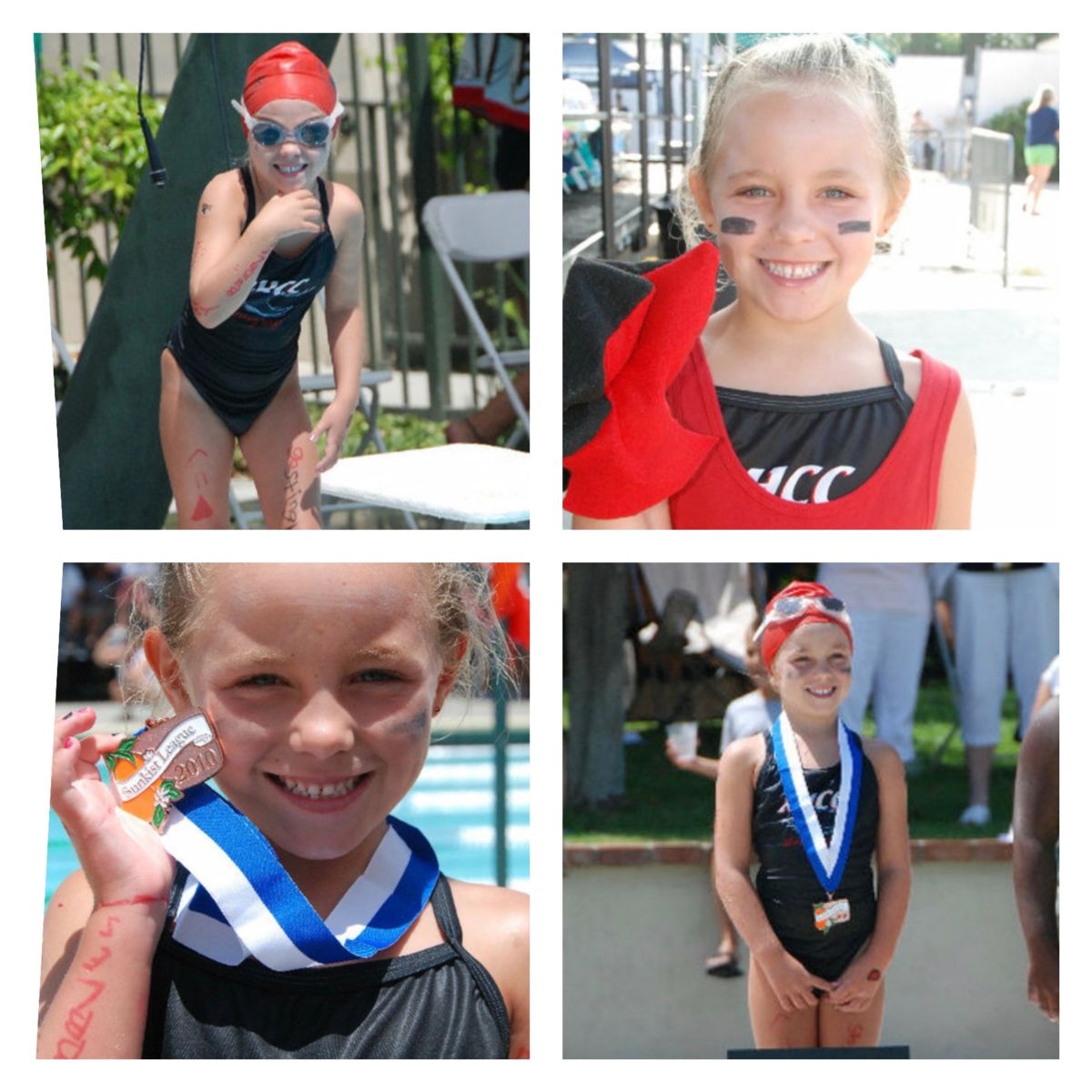 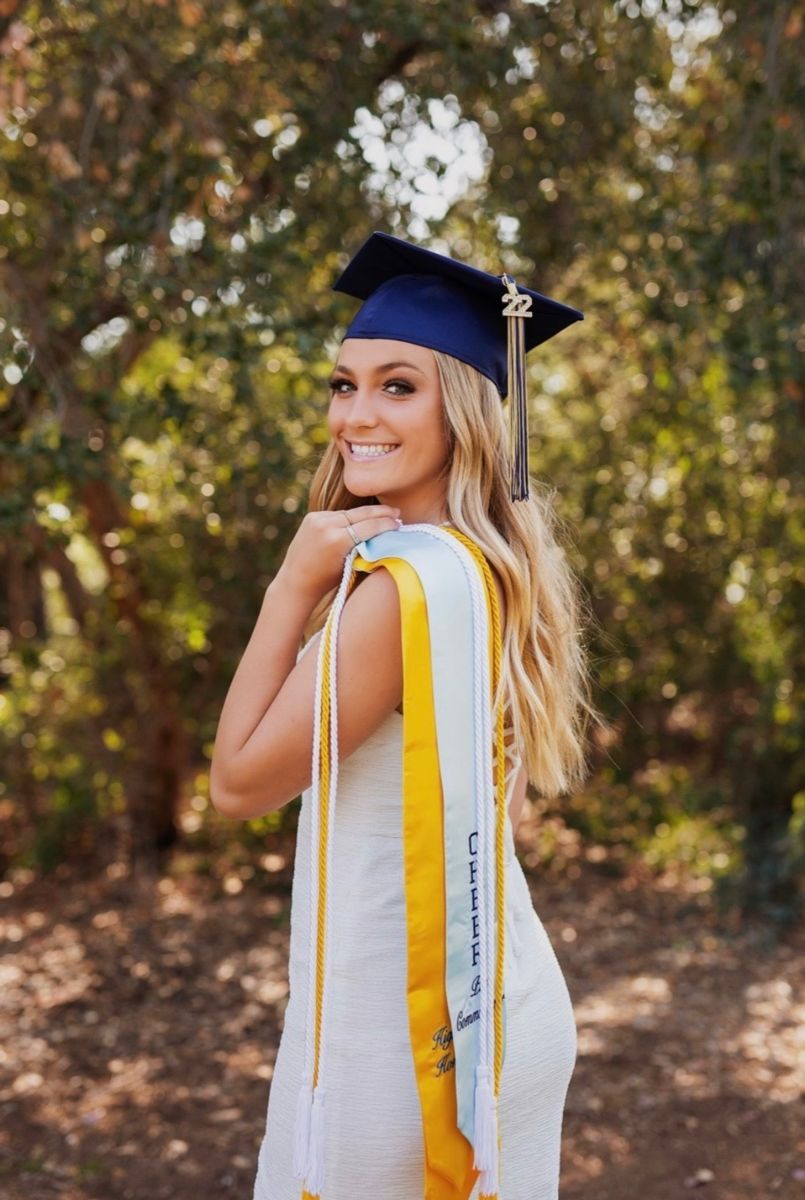 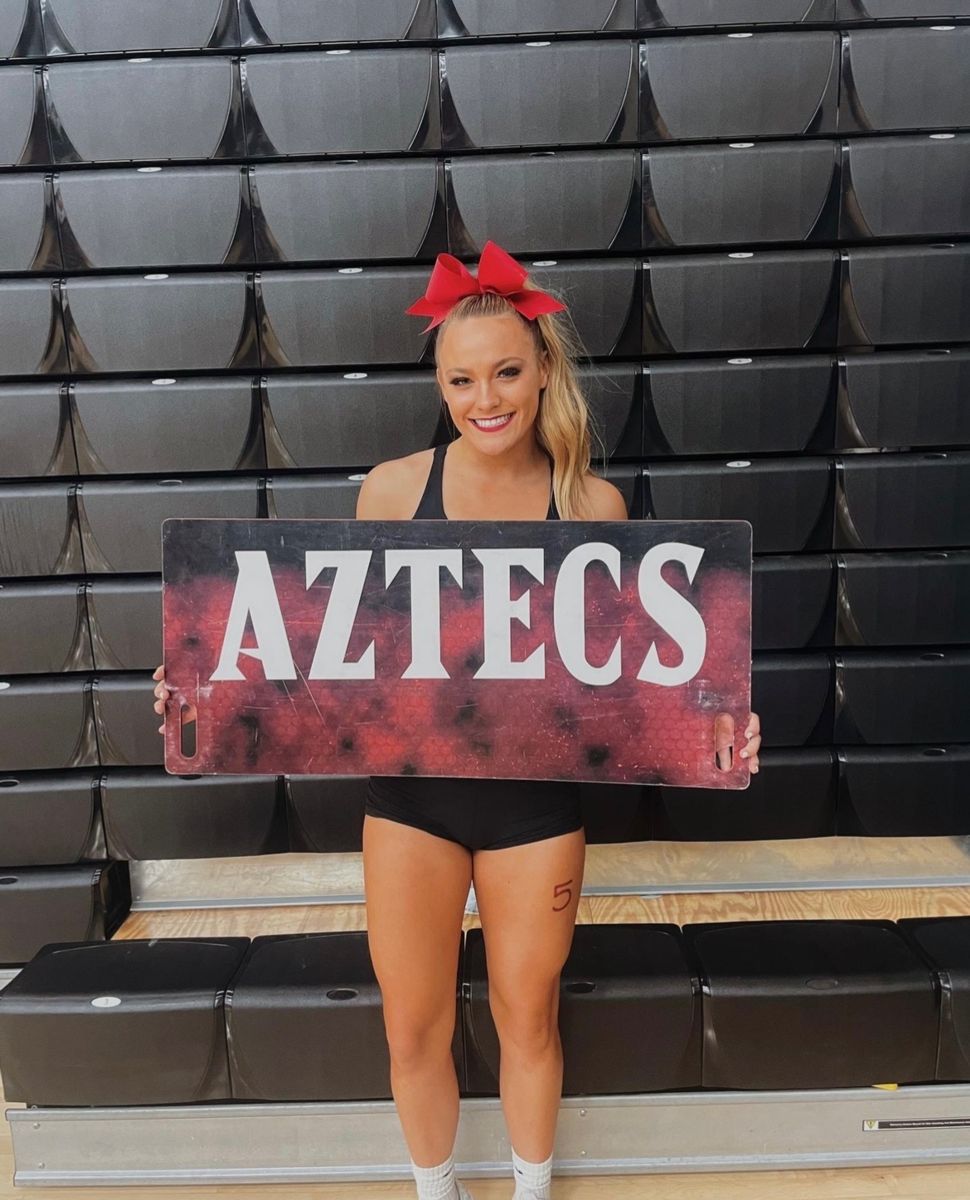 Brooke Cunningham - Red Hill
I’ve been swimming & diving at Red Hill Country Club since I was 4 years old! Over the years I’ve created unforgettable friendships & memories. Some of my favorites are the the annual beach days, taco nights, poster & popsicle parties, running around the golf course at sunset, and writing “eat my bubbles” on me during prelims and finals! Growing up at the pool is very bittersweet to think that this is the final year I’ll be able to swim & dive, but I love being the “big kid” where all the littles look up to you, just like I did when I was younger. I graduated from Los Osos High School where I was a cheerleader for all four years, as well as the varsity dive team for three years. On behalf of the cheer program, I was appointed the role of Pep Commissioner for my senior year where I was the head representative and cheerleader for the squad. In the fall, I’ll be attending San Diego State University where I’ll major in psychology. I will be continuing my cheerleading career at SDSU where I was offered a spot on the team! Unfortunately, I will not be able to attend swim finals because I’ll be starting practices in San Diego, but I can’t wait to be there in spirit to cheer on my Stingrays! Thank you to all my teammates, coaches, and family members who have supported me throughout my 15 years at Red Hill. I can’t wait for future summers where I come and visit the pool deck! GO STINGRAYS! 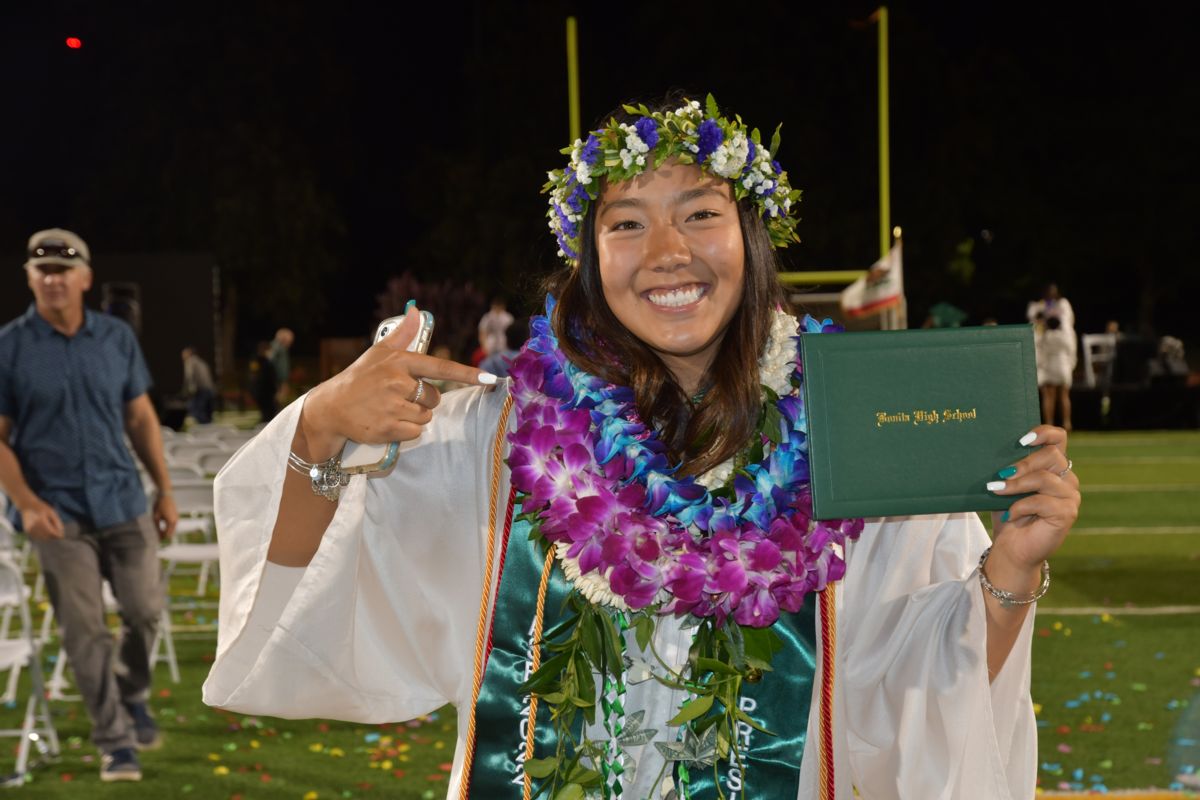 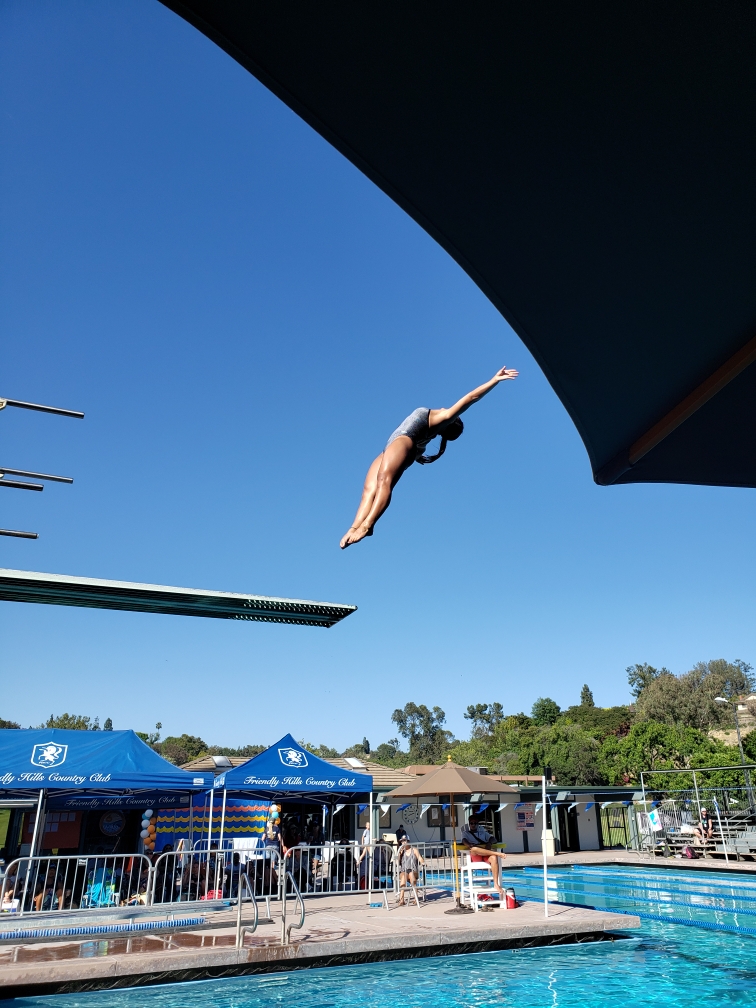 Megan Ono - South Hills
I have been diving at South Hills Country Club for the last four years. It has been so much fun to be apart of this team. Some of my favorite memories were made at finals, cheering everyone on and creating new friendships. I had the wonderful opportunity to help coach our divers last year but this year I decided to take the time to prepare for college. I graduated from Bonita High School. I was a member of the varsity diving team all four years and was captain for two. I was in ASB for 3 years and was lucky enough to be the Junior Class President in the 20-21 school year and ASB President my senior year. I will be continuing my academics and diving at New Mexico State University while majoring in Mechanical Engineering. GO SHARKS!